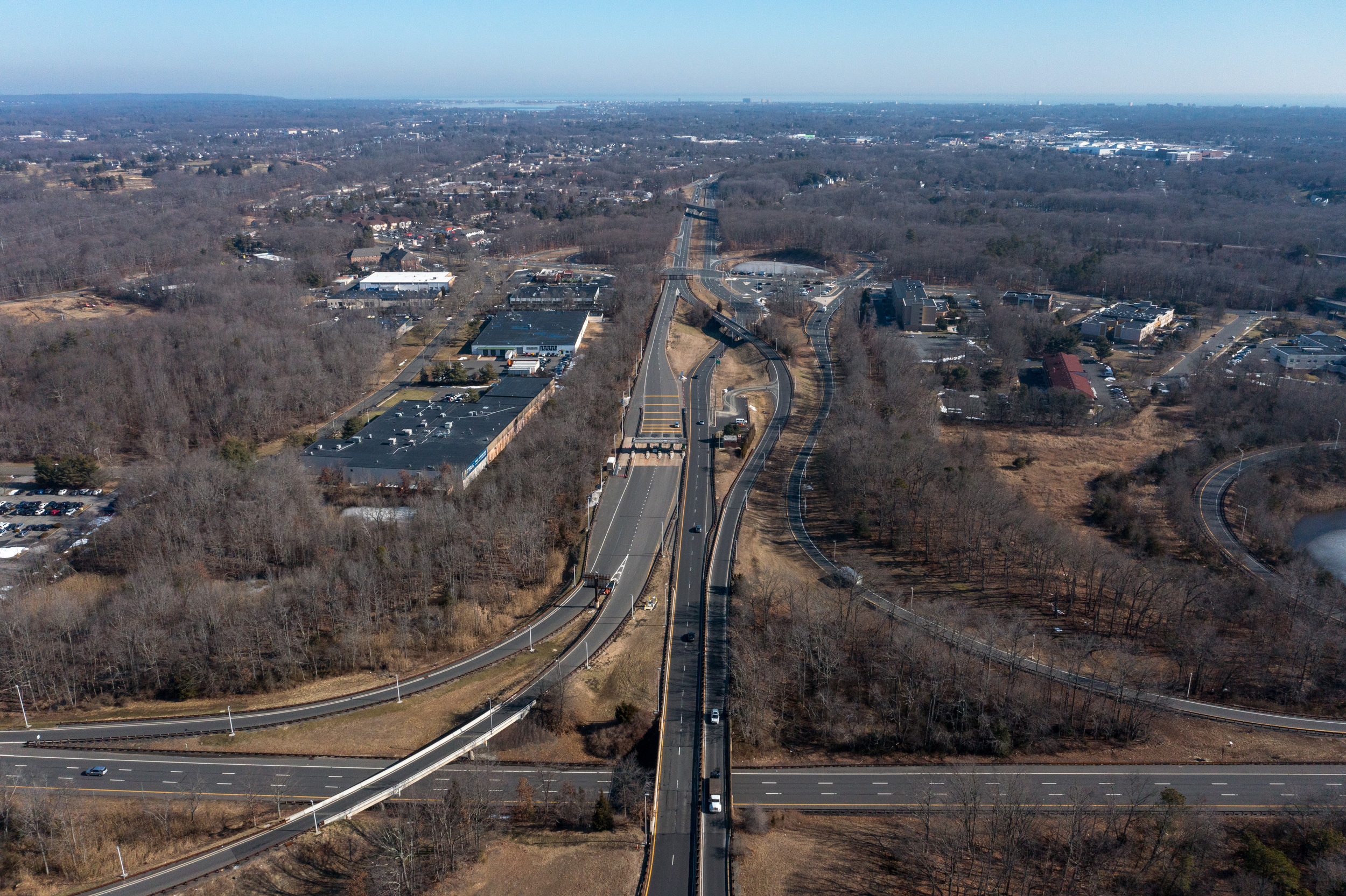 This project includes the replacement of beams, bridge deck and parapets to improve five of the six bridges located at the Garden State Parkway Interchange 105 in Tinton Falls, NJ.

This contract includes the replacement of the superstructure (beams, bridge deck, parapets) of four of the six bridges that are associated with Interchange 105 in the Borough of Tinton Falls, namely, Structures 106.3I, 106.4I, 106.5NO, and 106.4A. These structures were originally constructed in 1974 and utilize precast concrete box beams. As part of annual maintenance, the concrete beams were found to be beyond repair. 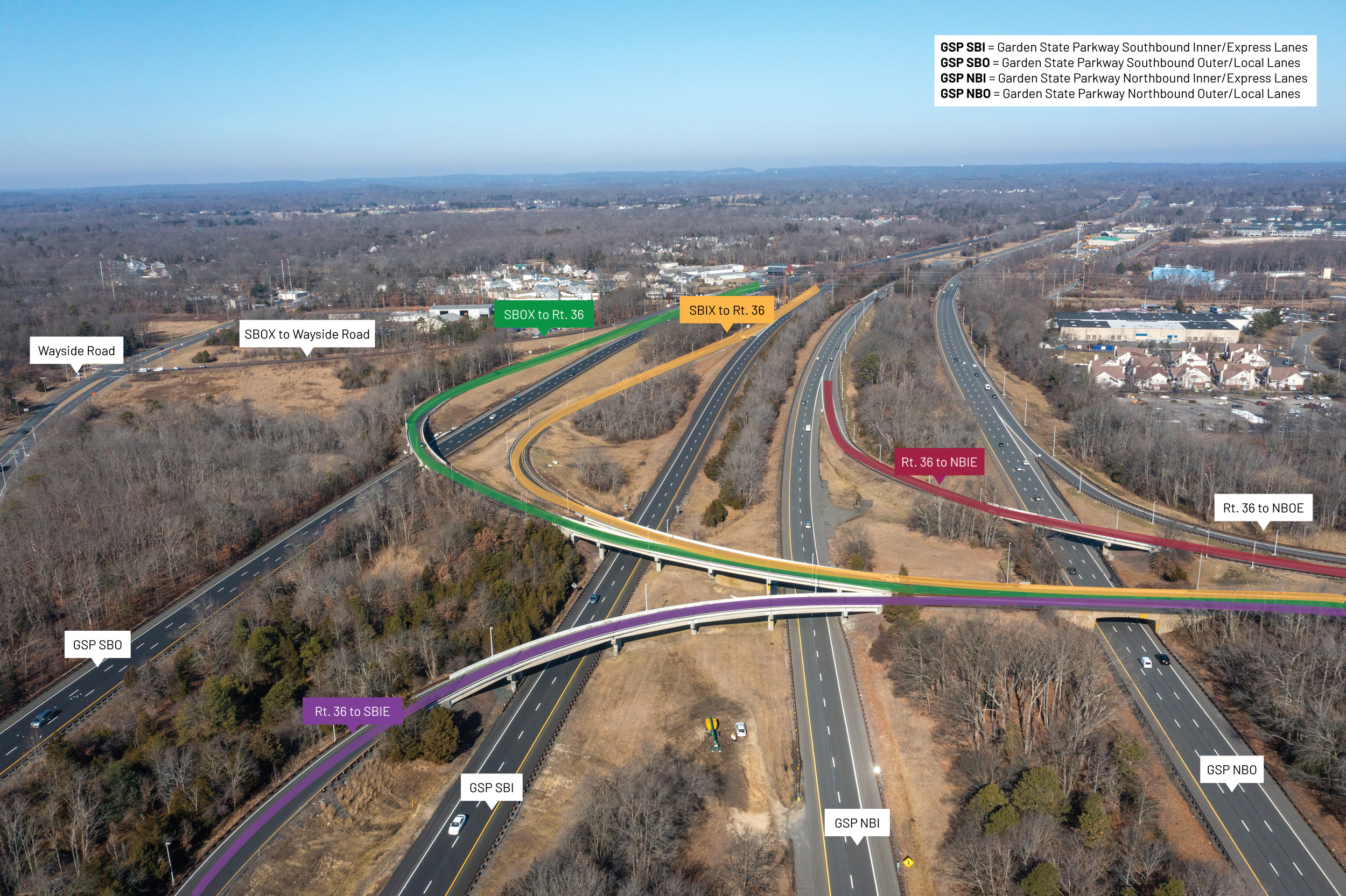 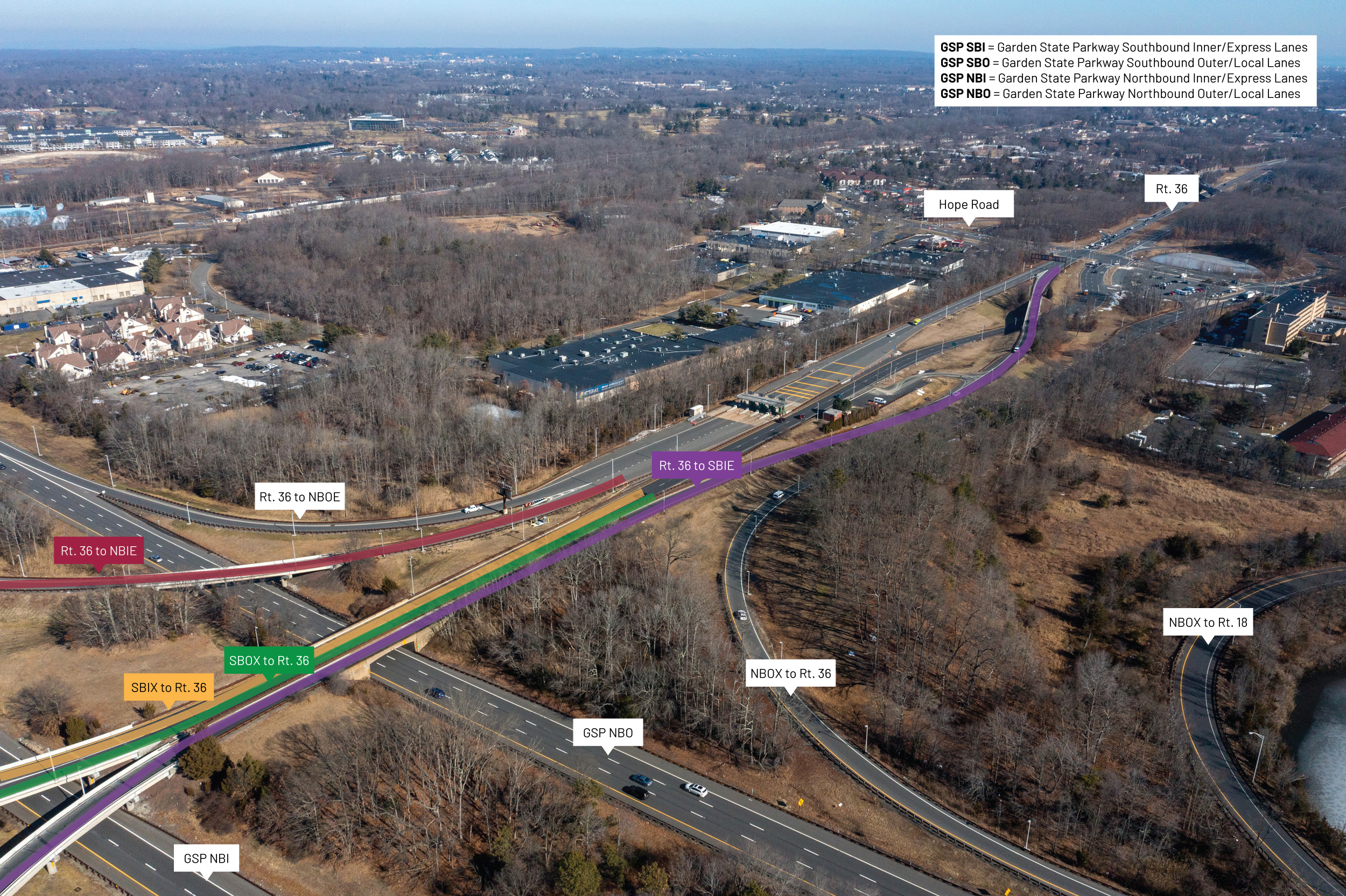 In addition, the contract includes maintenance repairs and safety improvements to Structure 106.4NO, a concrete arch bridge, including the replacement of parapets.